The Bridge of Sighs, Venice Italy

The Bridge of Sighs got its name from Lord Byron in the 19th Ct, when he suggested that these condemned prisoners would “sigh” as they crossed it, peering out for their last look at Venice!

Although some legends say that it was called the Bridge of Sighs because it was a popular meeting point for lovers, the truth behind it is actually a sadder story.

Also known as Ponte dei Sospiri, it is one of the most important historical landmarks in Venice Italy today. 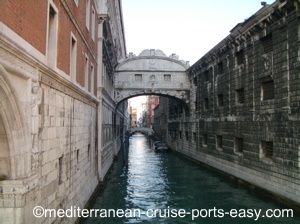 Built at the beginning of the 17th Ct, it passes over the Rio di Palazzo, and is a totally enclosed Baroque style bridge.

It connects the Old prisons and Interrogation rooms of the Doge’s Palace, with the New prisons across the canal.

Now, let’s get back quick to that sadder truth behind its enchanting name…

As convicts crossed this bridge, the obscured view of Venice through its patterned stone-barred windows was basically their last before they were imprisoned.

The Bridge of Sighs got its name from Lord Byron in the 19th Ct, when he suggested that these condemned prisoners would “sigh” as they crossed it, peering out for their last look at Venice! 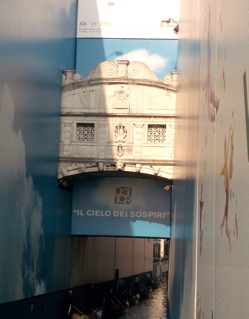 This bridge's interior is actually divided into two different narrow passages, which are separated by a wall in the middle. Apparently this is so prisoners going by each other, or going in different directions, could not see each other.

One of the most famous prisoners to have crossed it was none other than Casanova, who was arrested in 1755 for spreading “anti-religious sentiment” in what was a devout religious republic of Venice. Just fifteen months later, Casanova too was one of the very few prisoners who managed to escape the Palace of Prisons.

3 ways to experience the Bridge of Sighs,
Venice Italy 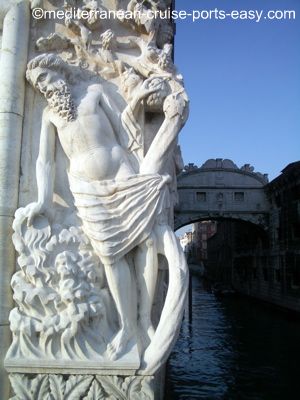 1. If you are in a rush (which as a Mediterranean cruise guest you might be) you might just want to look at the Bridge of Sighs from the outside. To do that, walk past the facade of the Doge’s Palace facing the Venetian Lagoon and get onto the first bridge.

On the left-hand side you will always see the crowds trying to get a nice spot for taking photos of it.

Recently, facades around it have been covered with big scaffolding as the Doge’s Palace facade is being renovated. Try and disregard the fact that those scaffolds are covered with big advertising campaigns, and simply focus on the little bridge suspended up there between the two buildings.

2. If you take the "Secret Itineraries" tour of the Doge’s Palace, walking the Bridge and visiting the prisons is included. These tours do fill up quick in the Spring and Summer, so making a booking is a good idea if you do wish to do it. You can do that here.

3. Some of you might also want to have a romantic ride underneath it. To find out more about how to go about hiring a Venetian gondola when on a Mediterranean cruise in Europe, click here.

Here's some more tours that do include seeing the Doge's Palace and walking the Bridge. Make sure you check them out before booking your shore excursions aboard... 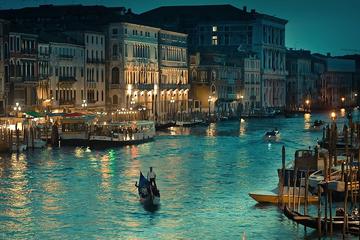 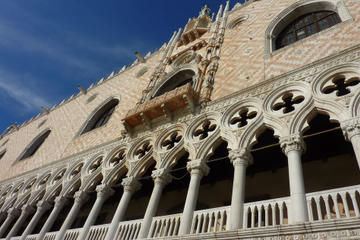 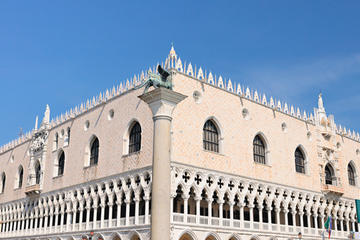 And at the end, here's some of Lord Byron's lyrics referring to the bridge: