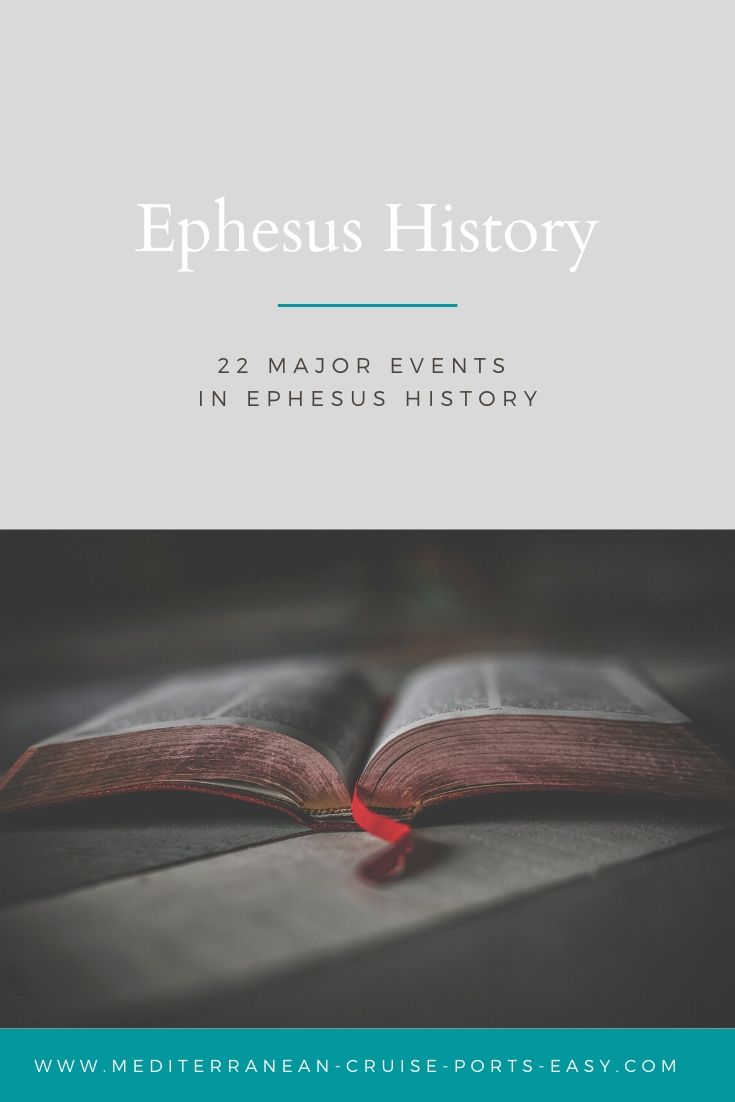 Fascinating! Breathtaking! Exciting! That is what Ephesus history is!

What else can you expect from one of the most important ancient Greek cities, one of the biggest Mediterranean trading ports back in the day, a place that hold such importance for birth of the Christian church, a city that was visited by the who-is-who list of the ancient world.

A city where people lived continuously for over 2000 years!

Ephesus, Turkey is the place that makes this abstract idea of ancient and biblical times, life in the times when Alexandre the Great, Marc Anthony, Cleopatra, Apostles John and Paul walked the Earth, something very, very real!

And now you get to visit it! We'll tell you more about the best way to get to Ephesus at the very end of the article.

But first...before you read about the history of this amazing place, different historical and art periods and layers you will get to see while visiting this amazing site, here's a really interesting video lecture that gives you a short overview of the importance of Ephesus.

Ephesus History: Who built the city of Ephesus?

1. Although the area around Ephesus has been settled since Neolithic times (about 6000 BC), the city itself was founded in the 10th Century BC.

The legend says its founder was Androclos, the prince of Athens who was a leader of an immigrant colony fleeing from the Doric colonization of Greece.

Apparently, the oracle of Delphi said that “a fish and a boar” would show Androclos the right spot for the foundation of the town.

And so it was: one night a fish fell out of a pan and scared a boar in the bush. Androclos followed the boar and decided to build a city on the spot he killed the boar.

Androclos was a successful warrior and united 12 cities of Ionia into an Ionian League.

2. 7th Century – Ephesus is attacked by Cimmerians who tried to capture it but were unsuccessful. After their attacks, the city was ruled by a succession of tyrants.

3. About 560 BC – Ephesus was conquered by the Lydians. Croesus, king of the Lydians, was a harsh ruler, but treated the inhabitants with respect. He even initiated the reconstruction of the temple of Arthemis in Ephesus destroyed by Cimmerians. 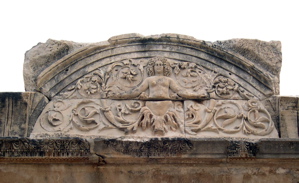 4. Around 550 BC the reconstruction of the Temple of Artemis at Ephesus was completed, one of the Seven Wonders of the World.

5. In the 5th Century BC the city was used as a base against the attacks of the Persians.

During the archaic period of Ephesus, the location of the city moved around the area… its location never remained the same!

6. In 498 BC – The Ephesians participated in the Ionian revolt against Persian rule in the Battle of Ephesus, which set off the Greco-Persian wars.

7. During the Peloponnesian Wars, 431-404 BC, Ephesus allied with Sparta and participated in a revolt against Athens in 412 BC.

8. At the beginning of the 4th Century the city was under the rule of Persia, which didn’t change the daily life of Ephesus much.

9. In 356 BC – The Temple of Artemis at Ephesus was burned down by a lunatic, after which it was restored into an even larger and grander temple than the original.

11. After Alexander the Great’s death, the city is under the rule of one of Alexander’s generals, Lysimachus. He moved the location of the city again. Namely, after the river Cayster silted up the harbour of Ephesus, the resulting marshes caused malaria and many people died.

13. Ephesus came under the rule of Rome upon the death of Pergamese King Attolos in 133 BC. The Ephesians revolted against the Romans together with other western Anatolian cities but Sulla subdued the revolt and taxed the city severely.

14. The city enters an era of prosperity when Augustus became emperor in 27 BC and made it the capital of proconsular Asia. From there on, it grew into a metropolis and a commerce center. Ephesus was at its peak during the first and second century AD.

In this time, building activities were booming, especially at the times of Tiberius and Hadrian.

This was also the time that Christianity spread rapidly through the city. In the 1st century AD visits of the Apostles John and Paul contributed to christianization.

The locals here, as well as many Christians around the world, also believe Virgin Mary lived here in her last days.

Like this period in history? Read more about biblical Ephesus here and check out the Biblical tour of Ephesus!

15. The Goths destroyed and burned the city and the Temple of Artemis at Ephesus in 262 AD. 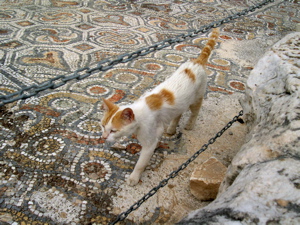 16. Ephesus remained the most important city of the Byzantine Empire in Asia after Constantinople, but never saw its glory days again. It was rebuilt by Emperor Constantine I.

17. In 406, the Archbishop of Constantinople ordered the destruction of the Temple of Artemis.

18. The city lost its commercial importance with its harbor being silted up by the river and losing its access to the Aegean Sea. Consequently, people started leaving the city for the hills nearby.

19. The Arab sacking in the 7th Ct only worsened the city’s decline.

20. In the 11th Ct when the Seljuk Turks captured the area, Ephesus was just a small village, while the ruins were used for building new houses.

21. The city had another little glorious period in the 14th Ct, but by the time the Crusaders passed through they were surprised to find just a small village at the spot of a once bustling seaport.

22. Today, only one tenth of this glorious city has been unearthed for the Ephesus Turkey tours visitors to see, but is still one of the most impressive archaeological sites in the Mediterranean. An absolute must see when you cruise to Kusadasi Turkey! 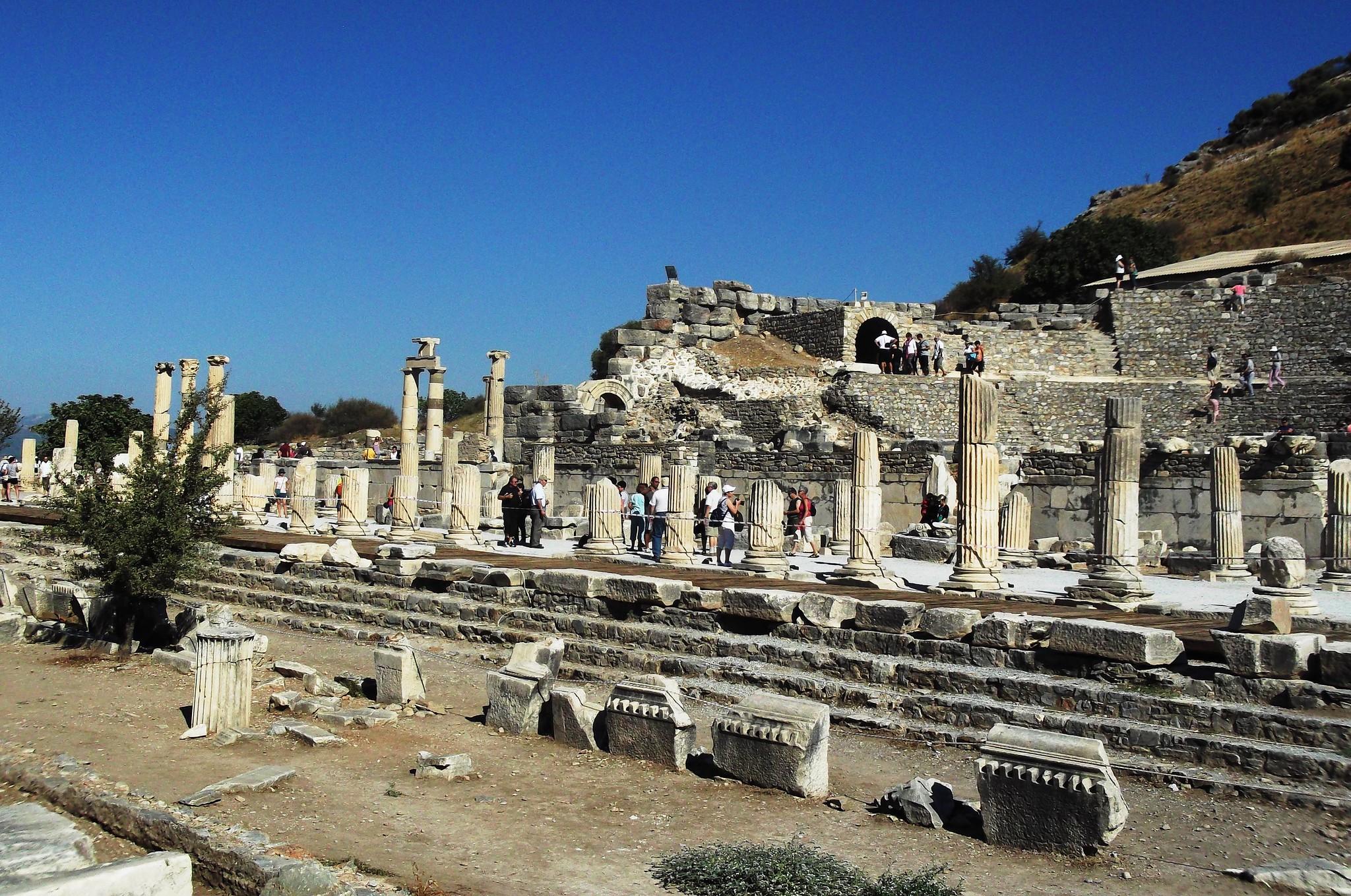 The best way to learn about Ephesus History

Reading about Ephesus history is good.

Knowing about it from the Bible, too.

But if you come to Kusadasi and don't get to see it on one of the organised daily Ephesus tours guided by friendly, knowledgeable and professional local guide, your day will be wasted.

Even people who don't like shore excursions are exhilerated with their private or small group Ephesus daily tours.

Ready to book your own for a five star experience day in Ephesus? Check our hand picked selection of daily Ephesus tours!