"Travel to Capri - In the 50s and the 60s the island became the setting of La Dolce vita and it all became about the glitz and glamour..."

When you travel to Capri town as part of a day trip from the cruise dock in Naples, unfortunately your stay on this little piece of heaven won’t be longer than a few hours.

However, even such limited time will be enough for you to figure out what makes all the celebrities so crazy about this little piece of land in the Tyrhhenian sea and keeps them coming back to it.

But in the beginning, it certainly wasn’t the celebrities, Hollywood stars and fashion models that spread the fame of the island and imposed travel to Capri Italia as a must for everyone who thought they were someone.

At the beginning of the 19th Ct. travel to Capri was discovered by European travellers who took part in the Grand Tour, the traditional travel of Europe undertaken by mainly upper class young men of means. Travel to Capri was often part of their Grand Tour itinerary too.

Another wave of interest for the island was set off in Germany, England and France after novels, poems and legends celebrating the beauty of the Blue Grotto, and what was believed to be its discovery, were published. 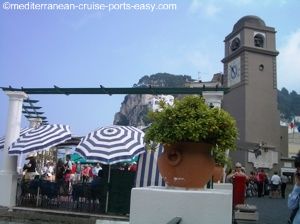 The island was soon overflown with a colony of artists and poets looking for inspiration in this romantic setting.

For instance, Capri was the home of choice for industrialists, like Alfred Krupp, believed to be the richest man of Germany at the time. Krupp can be credited with building the famous Via Krupp and the Augustus gardens.

Moreover, there were the Russian intellectuals and revolutionists, the most famous ones being Maxim Gorky and Lenin for which Capri was among one of the places where he passed his exile.

There were the painters too… Diefenbach, who promoted living in harmony with nature, vegetarianism and was a pioneer of nudism. And way before him there was John Singer Sargent who found his muses in exotic looking Caprese women. 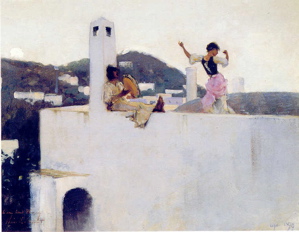 Marinetti, author of the Futurist Manifesto had declared Capri a Futurist island because its terrain resisted rational architecture and structure.

Axel Munthe was a Swedish physician and writer who built the splendid Villa San Michele and filled it with antiques. This villa, built on the site of an ancient Roman Imperial villa, is today one of the most important attractions of the island.

Marchesa Luisa Casatti was definitely one of the most eccentric visitors to the island. She was a real test for the locals almost impossible to be surprised by anyone anymore, when she appeared on the island wearing an astrologer’s hat, a crystal bowl in her hands, a leopard, a boa constrictor snake, an owl and some parrots. 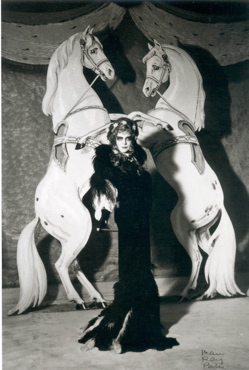 Norman Douglas, a famous writer lived in Capri too and was buried here after his death. Apart from writing a novel about Capri, South Wind, he was also known for showing great interest in ecology and planting trees around Capri himself.

Scottish writer Compton Mackenzie’s first travel to Capri was around 1913, he stayed for 10 years and wrote two novels inspired by Capri’s lifestyle in the 20s.

Curzio Malaparte, Italian journalist, novelist and diplomat had a house built in Capri that, as he had said, would be “A house like me”. The house is sitting on the barren cliff, an hour and a half walk away from the Piazzetta of Capri, facing nothing but the Mediterranean sea and the rocks of the rugged Capri coastline. Jean Luc Goddard used it as a setting for his movie Contempt (Le Mepris) with Brigitte Bardot. You can read more about Capri being a set for many movies here.

Pablo Neruda, Chilean poet awarded the Nobel prize for literature in 1971, came to Capri in 1952 as a political exile and stayed there as a guest of Italian poet Edwin Cerio. Neruda wrote two books during his stay on Capri which he called “The queen of the rocks”, The Captain’s Verses and The Grapes and the wind. You can read more about Neruda on Capri here.

Graham Greene, said of Capri: “It isn’t really my kind of place”, yet he did buy a small house on the island and kept it for 40 years, as he found the island perfect for the isolation he needed for writing.

In the 50s and the 60s the island became the setting of La Dolce vita and it all became about the glitz and glamour.

Both crowned heads and Hollywood stars would travel to Capri in search of a majestic mixture of primitive and simple life of a small village and on the other hand, extravagance they could find in the finest hotels and exclusive jewelry shops. 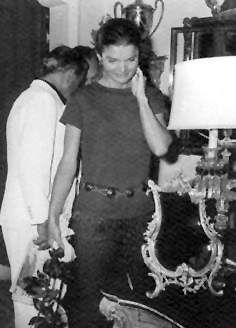 But Jackie Onassis was probably the most loved of all the visitors to Capri. It was Onassis who took her on her first trip to Capri as he believed that “Apart from Skorpios, this is the island of seduction”. This is where Jackie could for a moment feel like a normal person and feel happy while she sat in the Piazzetta, had ice-cream or lemon granita or when she shopped for the handmade sandals and Capri pants.

However, as you will travel to Capri earlier in the morning, that is the time when they are hiding in the shadow of their 5 star hotels.

They only come out when the last ferry to Naples departs in the afternoon, so relax and simply enjoy the beauty of the island, it’s all there just for you just as it is for those whose name rings a bell a bit more than yours and mine.

From TRAVEL TO CAPRI to
CAPRI ISLAND TRAVEL GUIDE